Home:Blog, Cockroaches, Drain cleaning:What Kind Of Cockroach Is This And Is It Dangerous?

What Kind Of Cockroach Is This And Is It Dangerous?

Common Questions about Cockroaches in Wisconsin 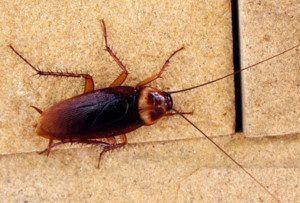 The American Cockroach is the largest home invading cockroach and can grow up to 2 inches long. Not only are these among the largest species you can find in your home, but they can also fly. Terrifying, right? In addition to their size, you can tell these cockroaches apart from the rest by their reddish brown coloration and the pale brown figure eight band on the back of their heads. American Cockroaches are most commonly found outdoors (thank the stars) living under rocks and logs, but they do come indoors searching for food, water and warmth. 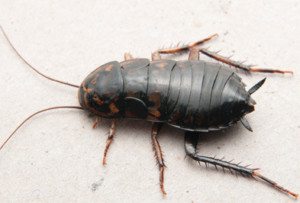 The Oriental Cockroach is also commonly known as the water bug. They get their nickname from hanging around very moist areas and often coming in through drains. These cockroaches grow to roughly one inch, with females being slightly larger than males. Oriental Cockroaches are easily identified by their dark brown (nearly black) and shiny coloration. A strong musty smell also accompanies these pests. Oriental Cockroaches are able to survive freezing temperatures and move indoors for food via cracks, drains and underneath doors.

Are These Cockroaches Dangerous?

All of these cockroaches are considered dangerous pests. Not in the fact that they may eat you in your sleep, but in that they spend a lot of time in some really gross stuff before they come into your home. While they’re crawling through things like sewers, garbage and other disgusting things, they can pick up a lot of bacteria that they then drag and spread around your home. Cockroaches are known for spreading things like Salmonella and other diseases that can cause vomiting, fever, and diarrhea.

Getting rid of these little monsters can be tough. They are really good at hiding, and breed incredibly quickly. The best way to deal with a potential infestation is to contact a certified pest control specialist, like the ones we have at Wil-Kil Pest Control. They’ll be able to identify the areas of infestation and properly eradicate the problem. Attempting a DIY solution could be dangerous to the people that live in your home, and are usually not very effective anyway.

If you suspect cockroaches in your home or business, contact Wil-Kil Pest Control today.