Orb Weaver Spiders: Are they Dangerous? 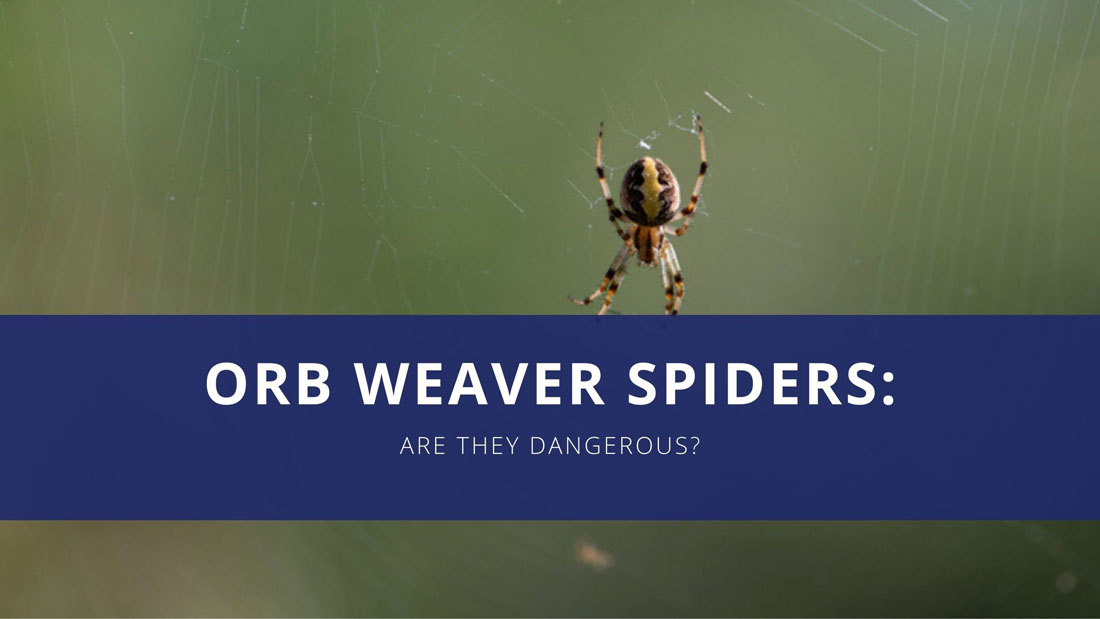 As temperatures begin to dip as part of the regular Wisconsin autumn, you may notice the increased presence of spiders in and around your home or business. Many spiders increase their activity in the fall. One common spider you may see outside your home is a large, docile species known as the orb weaver. Orb weaver spiders reach their largest size at this time of year, and their large webs and bodies can catch you off guard—especially if you’re walking around outside and don’t notice them until you start to walk through them!

If you’re someone who doesn’t like spiders, the seemingly sudden appearance of large arachnids around your home’s exterior might set off some panic signals. If you’re concerned about any kind of spider presence in or around your home, Wil-Kil Pest Control is here to help. Let’s look at orb weaver spiders and determine just how much you should worry about them.

How do I know it’s an orb weaver spider?

The answer can be found in the web they create. Orb weavers build big webs that can stretch from tree limbs to the ground. These circular webs feature the appearance of grids; if you’ve seen spider webs used as Halloween decorations, you’re not far off the mark.

Orb weaver webs are roughly circular, made from silk, and resemble the spokes of a wheel, with these spokes connected by several concentric strands of silk.

How do orb weavers build their webs?

Orb weaver webs typically begin as a single strand of silk that is released by the spider into the wind, where it eventually finds an anchor point. Once this first strand is anchored, the spider will release a second line from the center. The “scaffolding” of the web progresses from there. Orb weaver webs are naturally thin and difficult to see—both by prey and by humans. This is why it’s very easy to stumble into an orb weaver web while walking around outside.

Many orb-weavers build new webs each day. They tend to be active during the evening, preferring to hide during the day. Because these orb weavers tear down and rebuild their webs with regularity, they’re often free of detritus, dirt, and other substances. It should be noted that some orb weavers do not actually spin webs, instead preferring to produce sticky globules that contain pheromones. 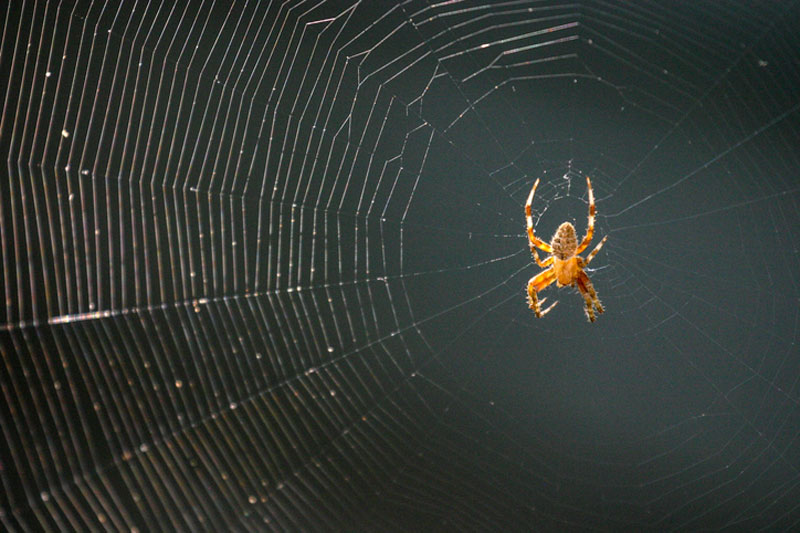 What do orb weavers eat?

Like many spiders, they feed on small insects caught in the webs. Some larger orb weavers can eat small frogs or birds, but only if they end up trapped in the web.

Orb weavers tend to hang in their webs with their heads pointed downward, owing to their docile nature. They wait for prey to pass through their webs and tend to shy away from most other threats, especially humans. Orb weavers do not pose a danger to people, pets, or property. In fact, orb weaver spiders can prove beneficial to your home.

Orb weavers rarely bite, and if they do, the victim is usually asking for it. Orb weaver bites only occur once the spider feels truly trapped and threatened with no avenue for escape. Their bite has been compared to a bee sting, and for many people doesn’t require any serious attention. The best way to avoid a bite is to simply observe them in their habitat and try not to touch them.

If one had to guess, the most dangerous aspect of an orb weaver is what happens once you wander through their web; it’s fairly easy to be caught off guard and end up tripping over your own feet as you deal with the sticky strands in your face.

How do I keep spiders out of my home?

Even though orb weavers don’t pose a concrete danger to people or pets, their presence around your home can still be a nuisance, especially if you’re active outdoors. If you’re worried about orb weavers (or any other type of spider) making their way into your home, the best prevention is a pest control routine combined with clearing webs away and keeping clutter to a minimum. Junk piles, boxes that aren’t regularly moved, and unused closets are common hiding spots for spiders.

Because spiders thrive where other pests are abundant, doing your best to keep a pest-free home can reduce the presence of spiders.

Do I need professional pest control for orb weaver spiders?

While there are remedies for spider infestations on the market in the form of insecticides and natural deterrents, they’re usually not very effective in the long-term. One of the best ways to reduce the number of spiders on your property is to invest in regular pest prevention. Professionals—such as the experts at Wil-Kil—can point out areas you may have missed or conditions that might lead to spiders. They can also provide treatment solutions and plans to reduce the number of other pests (read: spider food) on your property or in your home.

Contact Wil-Kil Pest Control to help remove spiders from around your home.

Whether you’ve seen a dramatic increase in spiders around your home or you simply get the creeps when these crawling creatures come near, Wil-Kil Pest Control can help put your mind at ease when it comes to spider control and prevention in your Wisconsin home. To learn more about how we use proven methods and techniques to help reduce the number of spiders in your living areas or commercial business, give us a call. We’ll perform a no-obligation inspection and put together a program for comprehensive pest control that includes spiders, their prey, and more.